“Bhavani is a Modern Day Shaman living in the sway of life, eschewing the hard-swinging contrasts of good days and bad days. Finding balance by utilizing all of her gifts of ❤️HEART❤️ spreading a message of inter-connectedness through all of her offerings. ”

"I LOVE YOU SO MUCH" DEBUT EP OUT NOW

Sound Healing is an ancient and profoundly relaxing experience. During the session, multiple instruments will be used to immerse your entire being into a deep state of meditation. Many students report having out of body experiences, a feeling of being aware of your body but floating above it at the same time. They have also reported the releasing of mental and emotional trauma as well as physical healing.

We start each session with Tibetan singing bowls. As the bowls are rung they send waves of vibration throughout your body harmonizing cells and removing any initial blockages from your psyche. Then we start to play the gong in specific rhythms and placement, programming the sound waves specifically for you, which penetrate and release the trauma stored within your body mind complex.

The beautiful sound waves produced by the Bowls and Gong have a relaxing hypnotic effect on the brain, slowing brain waves and inducing deep meditative state.

Liberates emotional traumas locked within the subconscious and stored in the cells of your body
Profound effect on acupuncture meridians
Activates self-healing mechanisms within the body
Promotes deeper sleep
Relief from headache, fatigue, insomnia, digestive disorders, joint or muscle aches, menstrual disorders, emotional imbalances
Strengthens the Electro Magnetic Field that surrounds your body (your Aura)
Balances the Endocrine System (which balances your hormones)

Effects and properties of Rapé

When projected, the snuff clears our perception, clears the mind and opens the higher energy channels, connecting us with the highest of our being. By stopping the internal dialogue, the snuff helps to be truly present and to see beyond the interpretations, inducing a direct meditative state.

It is invaluable for calming recurring mental processes, and for rebalancing unbalanced emotional states.

It is of great help to have mental clarity when a high concentration is required, since it induces a meditative state.

When receiving Rapé, the medicine rises, cleaning, ordering and aligning our energy field, especially the chakras of the third eye and crown. The rounds of snuff in medicine circles, as well as in the shots of ayahuasca or other master plants, serve to synchronize and align the attention and perception of the participants.

EFFECTS AND MEDICAL PROPERTIES OF RAPÉ

The medicinal effects of Rapé are valuable: It is very effective in treating problems of the respiratory system, especially sinusitis, chronic bronchitis, pneumonia and tuberculosis. It is also effective against persistent headaches, migraines, digestive system problems and allergies.

Rapé also immunizes against diseases of the respiratory system, is a powerful analgesic, eliminating headaches and body aches, and is relaxing and antipyretic.

A part of the medicine can be lowered into the digestive system, where it deworms and helps clean the stomach and intestines. As part of this cleaning, you may vomit.

Furthermore, Rapé is known to act on the pineal gland. The Gestalt therapist and specialist in the use of medicinal plants Hendara Rico, told the newspaper Efe that “The Pineal gland, through some substances of daily use such as fluoride, calcifies and becomes numb, and the snuff acts by decalcifying that gland “

It helps to restart the cleaning cycle of the lungs and generates the expulsion of phlegm and foreign bodies; It is highly recommended for those who suffer from asthma.

Medicinal snuff is also used as an analgesic substance that relieves fatigue, pain, hunger, and thirst.

Tobacco-based snuff contains nicotine, so its use increases blood flow to the brain and affects the release of various neurotransmitters that lead to antidepressant and stimulant effects.

It is also an excellent healing and antibiotic applied to wounds, especially those containing sage and lavender

Sananga is a traditional medicine of the Yawanawá tribe, an indigenous group that is known as the legal guardians of the Amazon. They have been using Sananga eye drops and other Amazonian plant medicines for generations. They use Sananga for healing both spiritual and physical ailments, which include improving their focus and clearing out distracting energies before going on a hunt.

The plant-based sananga eye drops—brewed from the Tabernaemontana genus of shrubs native to the upper Amazon—are said to enhance eyesight and have long been used by indigenous tribes to prevent and treat ocular diseases like glaucoma, cataracts, near-sightedness, and blindness. But sananga is also commonly used to treat skin diseases, infections, arthritis, cancer, and perhaps most interestingly, to clear a person of what is called panema—anxiety, depression, bad luck, negative energies, and laziness.

Studies on the Tabernaemontana genus have shown the following properties:

Take your personal practice to the next level

Class will be tailored to suit your specific physical and mental level. You will learn all of the breathing exercises necessary to enjoy the full benefits yoga has to offer you.  You can utilize the breath work even when you are not in session. Each class you will learn sequences that will enhance your ability to concentrate, you will gain flexibility and strength and be able to handle the stress of daily life. Bhavani customizes every class to meet your goals and guarantees results for weekly students. If you have never tried yoga or are an advanced practitioner Bhavani Hope will guide you on your journey of self care and meditation through yoga.

Styles of Yoga Bhavani has trained in over the past 20 years: 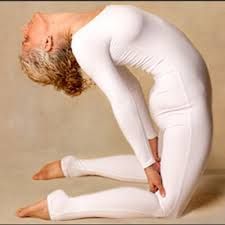 During this 6 month apprenticeship you will learn hands on, one on one and with the group of other Shamans gaining the confidence, tools and wisdom needed to lead private and group Alchemic Shamanic Journeys.

At least one of Bhavani’s Shamans will attend one of the journeys to pass lineage teachings.

Gong Bath with Breathwork~Energize and Clear the Body~ 2 hours

Bhavani is a humble student of the following masters:

She is a devotee at the Sadhana Ashram with presiding Guru Sri Shankaracharya.

and her beloved first guru is OSHO https://www.osho.com

Bhavani Hope started her spiritual quest at age 14, when she became self-aware. All of a sudden Bhavani was able to hear her own thoughts and judgements. Growing up in a Christian home by her devout parents, she started questioning why all of the religions claimed to be the chosen ones. She started diving into western religious studies, reading and practicing and visiting churches in her community, searching for the reason why all religions believe their way is the ONLY way.

At age 17 Bhavani's life completely changed....she spent a year following the Grateful Dead around the country and going to rainbow gatherings. After a weekend of expanding her consciousness, she came back to the show in San Francisco. Through divine intervention she found her BFF Pahari in the parking lot. Thank Goddess because Bhavani was wearing only one shoe, had lost her backpack and was only wondering the parking lot for 15 minutes before reunion. Pahari took her under the Divine Mothers protection, it was that evening.... Bhavani's life was forever changed. They sat down and meditated together for what seemed like lifetimes, at one point during the meditation...Bhavani opened her eyes....when she did.... she saw something she had never witnessed before.

Rainbows of light were surrounding her best friends body, her face was hers but more perfectly dimensional, she had multiple arms moving-dancing-flowing all around her body, it was like a ghost of her body in front of her physical body. Then, if that was not enough...Her best friend spoke. She said "My name is Sri Shailaputri Brahmacharini Chandraghanta Kushmanda Skandamata Katyayani Kaalaratri Mahagauri Siddhidhatri". Bhavani's jaw dropped, her mind froze, and she went into a state of shock and awe..not knowing anything of the eastern religions yet.

After 1 year of touring with the Grateful Dead, she returned back home to Arizona and resumed her "normal" life and friendship with Pahari. Together they started following the Guru's Amma and Osho, studying and practicing together meditations and learning Yantra's and Mantras. Bhavani started her obsessive search for WHO or WHAT is inside of her best friend.

This lead her to studies of eastern religions...many Guru's, Yoga Teachers, Healers and Shamans over her life's journey.

During Shamanic Journeys Bhavani has been graced so far during  eyes open Journeys  by Jesus Christ, Mother Mary and Quan Yin.

Now for the Music....Bhavani has also been dedicated to EDM since she was a teen, sneaking out of her parent’s house, borrowing the car before she had her license to check out the early warehouse raves.

She brings to the festival scene a yoga-inspired perspective of enlightenment and empowerment. Bhavani has collaborated with a variety of musicians and producers throughout her career, most notably Gardner Cole. Gardner Cole is a Music Producer and Songwriter with more than 50 International #1’s, 139 International Platinum awards and 17 International Gold Awards.

Bhavani grew up a musical kid gifted with a sensually expressive voice that she first began to cultivate as a kid while in church choir. She honed her inborn musicality through studying with voice coaches, and studying jazz piano and classical music on the violin and flute.

Upon dipping her toe for nearly a decade in the mantra-music community, playing at BhaktiFest and other national Yoga Festivals Bhavani had an epiphany. “I realized I have a big personality—I want to stand up and entertain people. I have jolts of lightning shooting out of my feet,” she pauses, laughing. “I wanted to combine that yoga uplifting and searching quality with the EDM music I’ve loved my whole life.”

She began to compose music on the harmonium, a portable organ-like instrument to complement it. That began her journey in fusing her lifelong loves of self-growth and EDM. To this day, Bhavani still composes on the harmonium.

To this end, Bhavani believes in the power of sound as a healing force and takes her mixes seriously as a component of her artistry. “I want people to really feel a balance of emotions with sound. I want to give people a good dose of musical medicine,” she says.